For many Victorians, the fire season means the hot and dry days of summer, but it is winter that brings more preventable house fires than any other season. 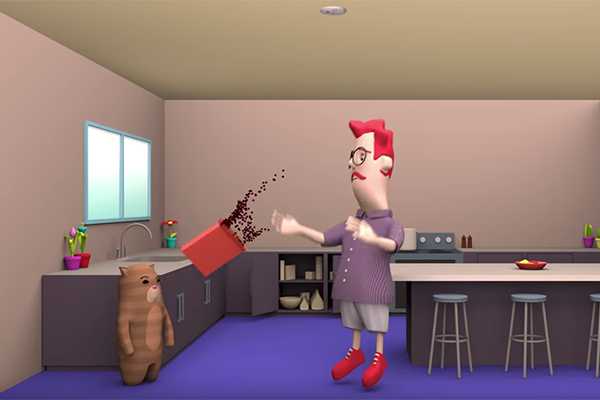 Screenshot from the ‘Is it time to change your smoke alarm?’ awareness video

CFA and MFB are today (20 June) launching their Residential Fire Safety Campaign to raise awareness of some of the ways people can be more fire safe around the house.

While unattended cooking is the single largest cause of fire in the home across the year, heating-related fires rise in winter.

In MFB areas, fixed and portable heaters and central heating caused 96 fires in 2017, while in CFA areas there were 121 chimney fires and 29 fires related to wood-fuelled heating.

Preventable fires also started when clothes were drying too close to the heat source, in clothes dryers and from candles.

Already, this season (1 May – 13 June), CFA and MFB Fire Investigators have attended fires caused by:

CFA Chief Officer Steve Warrington warned that there is no off-season when it comes to fires.

“Winter is a time where we’re spending more time inside keeping warm by enjoying an open fire and a home-cooked meal or cranking up the heater. It’s also when we have to be most vigilant, as there are more residential fire risks within the house,” Chief Officer Warrington said.

“Now is the time to check your electric blankets and heaters. If there is a chance something is faulty, don’t take the risk.”

Other fire safety tips include keeping clothing a safe distance from heaters, cleaning the lint filters in clothes dryers, turning off electrical appliances that are not being used, avoiding placing weighty objects on beds with electric blankets, and taking care when cooking.

“Always stay close to the stove when you’re cooking and turn off the elements once finished will reduce the chance of a fire caused by cooking.”

Chief Officer Warrington said if something catches fire and can’t be readily extinguished, people should get themselves and any other occupants to a safe area and contact triple 000 immediately.

“Fires can happen any time, but the personal risk is greatest at night when we are asleep, when we sleep we can lose our sense of smell.

The fire and rescue services are encouraging Victorians to replace their old smoke alarms with new units. New smoke alarms have a lithium battery with a ten year life span, meaning Victorians wouldn’t have to change their batteries annually.

“Check your smoke alarm’s battery annually and if your smoke alarm is 10 years or older the whole unit should be changed, ideally to a photo-electric smoke alarms powered by a 10-year lithium battery. When installed and maintained correctly these smoke alarms detect smoke the quickest, alerting you earlier and giving you more time to evacuate to safety,” he said.

Watch the new CFA smoke alarm awareness video Is it time you changed your smoke alarm?